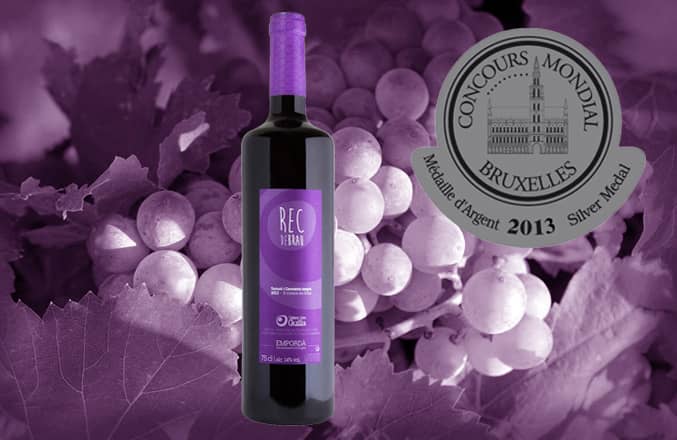 This edition 2013 of the Concours Mondial de Bruxelles has awarded a silver medal to the red wine Rec de Brau 2011 from Cellers d’en Guilla. The competition took place in Bratislava (Slovakia) on 10th, 11th and the 12th of May. 8.200 wines from 50 countries around the world were tasted. The jury is made up of 320 tasters from 40 different nationalities. Cellers d’en Guilla is a project from the Empordà that started in 2009. This way, the red wine awarded is the first season that was produced. We currently have in the market the white wine Magenc (awarded with a silver medal in the last edition of Premis Bacchus), the rosé Vinya del Metge and the red wine Rec de Brau. We are also working with a black and white top and two sweet wines that will come later in the year.